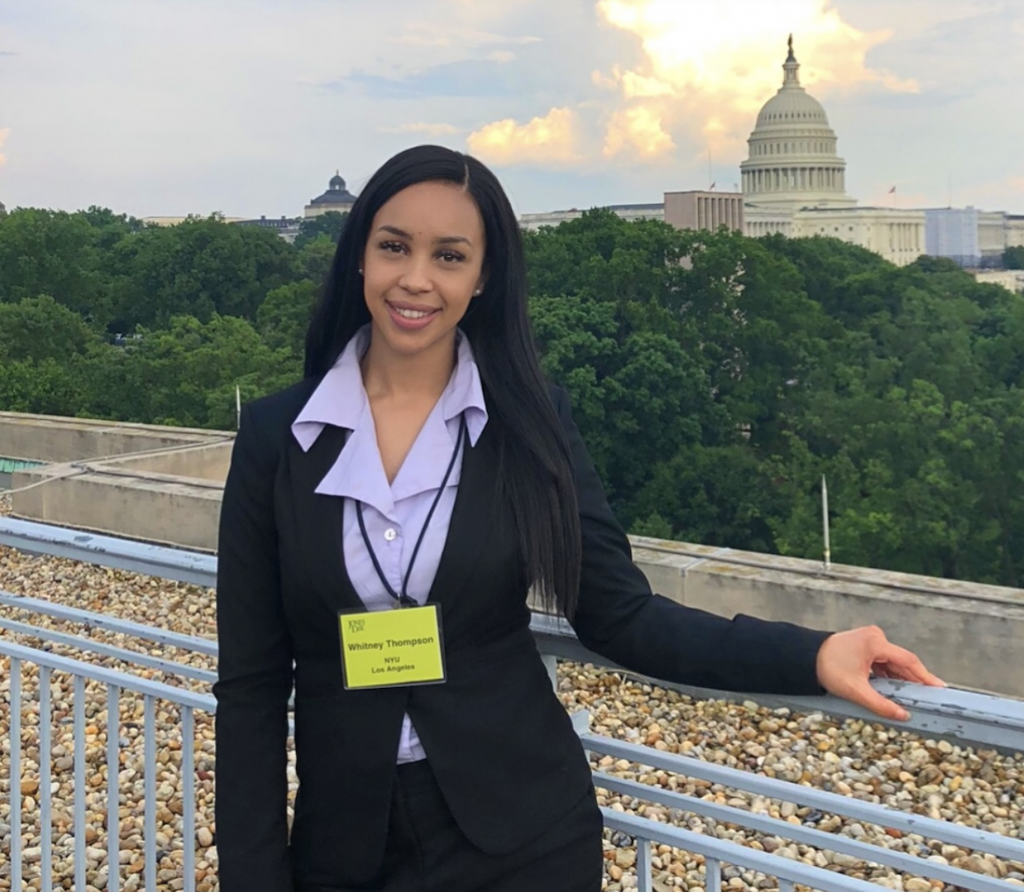 Whitney Thompson was born and raised in Pasadena, CA. She graduated with a B.A. in Political Science and a Civic Engagement minor from UCLA in 2015. As an undergraduate, Whitney was active on campus as President and Programming Coordinator of the Black Pre-Law Association, and an Ambassador for the Afrikan Student Union. She also dedicated four years to being a college counselor/mentor for underrepresented high school students in Los Angeles. After graduating from UCLA, she participated in the University of California Center of Sacramento Public Policy Program, where she engaged in extensive public policy research and served as an Investigative Intern at the CA Fair Political Practices Commission. In 2017, Whitney attended NYU School of Law. At NYU, Whitney served as the Admissions Chair for the Black Law Students Association in order to help increase diversity on campus. During her 1L and 2L summers, she interned at the Los Angeles District Attorney’s office and worked as a Summer Associate at Jones Day, respectively. Whitney is currently an Associate at Jones Day in Los Angeles.