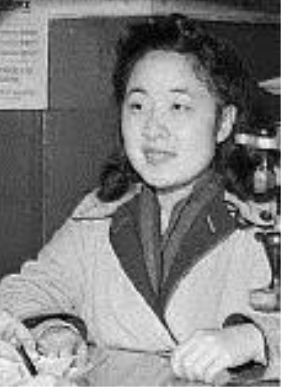 Lum was the daughter of Walter U. Lum and Gum Young Lee. Her father Walter was a prominent  civil rights activist who fought against the Chinese Exclusion Act of 1882, and he was the founder of the Chinese Times in San Francisco. Growing up in San Francisco Chinatown, Lum was educated in both Chinese and English. During WWII, her fluency in several Chinese dialects made her an asset to American war efforts, serving in the San Francisco Office of Censorship.

Lum earned her A.B from San Francisco State College in 1934 and an M.A. from Columbia University in 1943. In 1947, Lum graduated from UC Hastings, having been admitted to the California bar shortly thereafter. In 1952, Lum paved the way for many Asian-American womxn by becoming the first female Chinese-American attorney to practice before the United States Supreme Court. By 1966, Lum had a legal practice established at 745 Grant Avenue in San Francisco in the heart of Chinatown where she continued to break boundaries for Chinese-American womxn.

The National Womxn of Color Collective’s West Regional Chair, Kewa Jiang, had this to say about Lum’s legacy:

“As a first generation Chinese-American law student, I am grateful to figuratively and physically walk the path Lum has blazed. As a Bay Area native, I grew up going to San Francisco Chinatown and her story resonates deeply with me. In fact, I have walked by 745 Grant Avenue innumerable times as a child and while working in the Financial District as a paralegal. Her legacy lives on as other female Chinese-American attorneys are able to pursue a career in the law.”