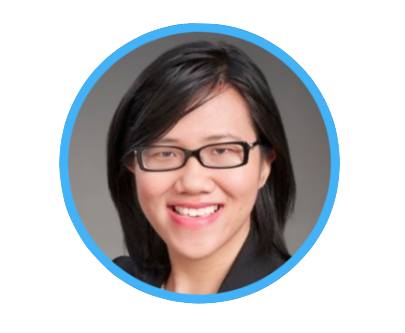 LinkedIn, for the uninitiated, is an employment-oriented online service that is mainly used for professional networking and job postings. In the past year, however, LinkedIn has expanded from simply sending connections to posting inspirational stories and professional updates, similar to the likes of Facebook. Some criticize this development as hypocrisy, and to an extent, I agree. Why pretend that the American work-culture is nothing more than a grinder? Why post inspirational posts of ‘how you made it,’ or ‘how you can have it all’ and then, once the after-glow of the post has died down, go back to your day-to-day tasks as a capitalistic cog. That’s a cynical outlook, but in the space as a womxn of color, these types of posts are so important for our representation and work-place validation. It’s a reminder that we are not online in the workforce… and in the digital space.

Nhu-Y Le was that womxn for me. Nhu-Y Le is a Vietnamese-American immigration attorney, who was an immigrant herself. She graduated magna cum laude from Bucknell University and pursued her J.D. at the Boston College Law School. Her resume is impressive. As an immigration lawyer, she worked at mid-sized private firms, immigration firms, and even in-house at major tech companies, like Microsoft and Legalpad. And like other LinkedIn users, her first posts were about job development, job updates, and self-congratulatory posts until she switched her style about 6 months ago. She began posting specific instances of microaggression, childhood struggles, language barriers, and imposter syndrome. Eventually, she began making her ‘Immigrant Story’ series. These were all topics that resonated with me, a fellow Vietnamese American and daughter of refugees.

From interview questions that doubted how “American” she was to her decision to professionally go by her Vietnamese name, her posts spoke to my identity as a burgeoning Vietnamese lawyer. Nhu-Y’s candid honesty as she looked back at her law school days mirror my current experience almost exactly. At a networking event, she would stand alone and try to blend in with the crowd, not just in habit or with her clothes, but by glossing over her parents’ struggles and less than prestigious backgrounds. She was also honest about -gasp- her law school GPA, which is something OFF-LIMITS to discuss even with the closest of friends. She straight-forwardly wrote, “I was a bad law student. I barely held on to a 3.0 GPA. I was not on law review or moot court. Even though I had excellent grades in college, self-doubt impacted my law school performance. It seemed like many of my classmates came from families of lawyers. As immigrants, my family had no connections. The only lawyers we knew were from movies. Could I really be a lawyer?” This post is much longer and has amassed almost 4,000 likes.

From here, who knows which direction LinkedIn will grow, but I’m excited that Nhu-Y has taken the initiative to discuss her legal journey and share her passion for immigration law. While her posts fall along the hypocritical “this is how I made it,” genre, it’s undeniable the impact that this type of exposure has on other womxn of color lawyers. It also adds value to non-big law jobs that bombard my timeline. As an immigrant herself who has experienced the tribulations and struggles of moving to a new country, establishing roots, and combatting that deep, innate desire to fit in, Nhu-Y brings a holistic viewpoint to immigration law that is so desperately lacking in the field. Empathy, understanding, and collaboration are traits that I aspire to have as an attorney, just like Nhu-Y.

It’s incredibly strange to take a step back and realize how much I know from just a few (okay, a good fifty) posts about a random womxn from Seattle. If it weren’t for LinkedIn, I would never have had the opportunity to get to know her story and really resonate with a womxn just like me. Hopefully through NWOCC, these communications can forge more organically and help every womxn of color feel less alone.