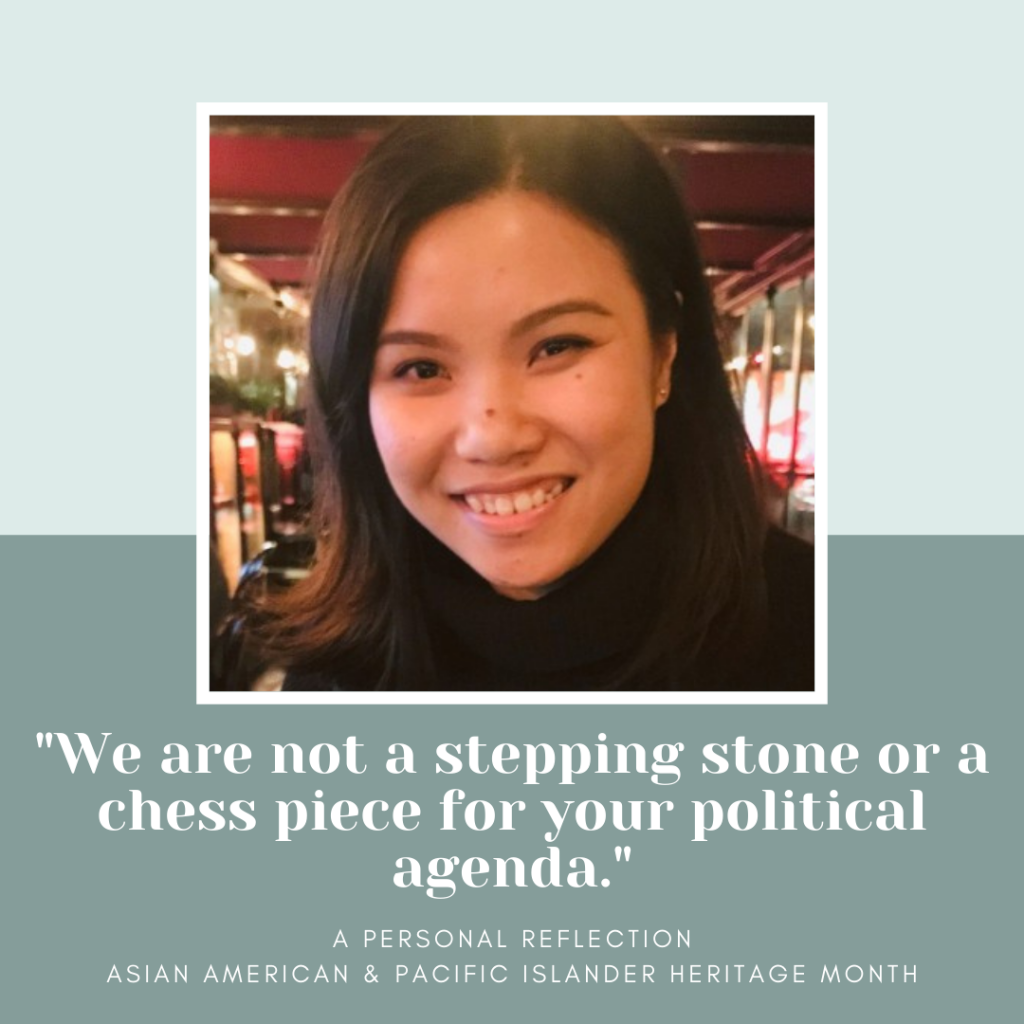 May is Asian American and Pacific Islander Heritage (AAPI) month. Its significance this year is far more than previous years as we see an increase in Asian hate crimes across the country. As an Asian American myself, these past months have been filled with mixed emotions, questions, and reflection. Between February and March, my social media feed mostly consisted of two types of content: videos of Asian elders getting attacked, and allies showing their “support.” If I recall, there were a few days I spent scrolling through Instagram with tears falling down my face. Now, there is always a side of me that checks my own privilege. It reminded me of how privileged I am to only experience pain behind a screen that I can turn off whenever I want. Nevertheless, it still hurt me to watch these elderly people get attacked; people who could be my parents, grandparents, aunts, or uncles. Aside from that, Asian elders, in my opinion, are the definition of innocent. Asian Americans, especially the elders, are known to keep our heads down, work, and mind our business. If you’re from New York (or if you’re not, let me paint a picture for you), you have seen tiny old Asian women push heavy shopping carts filled with bags of used plastic bottles, searching through people’s garbage bins for more, and making their way to the recycling machines. Even at that age, they still manage to find a way to support their families in some financial capacity. These are the people getting punched, kicked, or robbed.

Once I processed my sadness, I felt anger and eventually fear. Angry at the attackers, but more so angry at the world we live in; where we as humans in the 21st century can harm or even kill each other like cavemen. I will admit I am a prideful person, therefore it was hard to accept that I was fearful. I was definitely fearful for my family’s safety, but what was hard for me to accept was fear for myself. I had a little anxiety every time I left my apartment, even if it was a 5 minute walk to the grocery store. I asked myself a lot of questions during this time as well. The big one, and as silly as it sounds, was: would there be this many attacks if the media stopped sharing it? I understand it’s a hate crime, but I also had the notion that people were attacking Asians because it was a “trend” in their messed up minds. At the same time, I thank the media for raising awareness to the issue in some sense.

I’ll explain now why I used air quotes when I mentioned support from allies. Similar to how I feel about the media, I thank people for their support in the matter. However, on the flip side, I have seen too many people use the attacks for their own agendas. I understand white supremacy is a serious and relevant topic, but for once, I ask that people give Asian Americans and Pacific Islanders the serious and relevant platform we deserve too. We are not a stepping stone or a chess piece for your political agenda. We cannot be tossed around to serve your agenda. This is our pain, let our voices be heard.